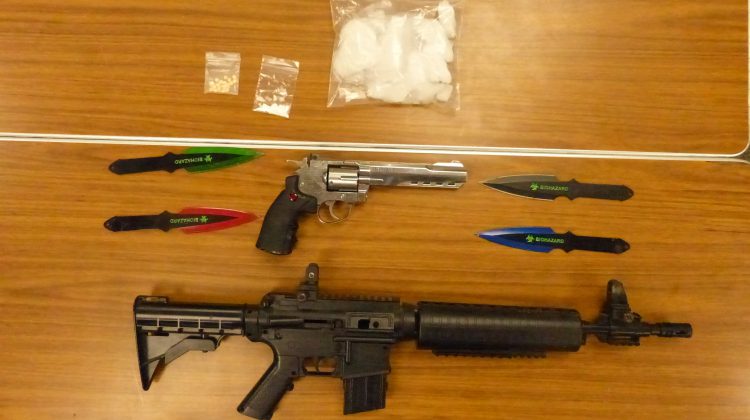 It’s believed to be the largest meth seizure ever in the City of Stratford.

That’s what police are saying after a two-month investigation by the street crime unit resulted in a 41-year-old Stratford man being arrested early Thursday morning.

Police say Harley Schneider was arrested for Possession for the Purpose of Trafficking a Controlled Substance during a traffic stop in Stratford with a search coming up with 253 grams of meth and one gram of cocaine with the drugs estimated street value being pegged at $25,400, a number of weapons including two imitation firearms were later found during a search of Schneider’s home on Huron Street.

Stratford Police Constable Darren Fischer says the arrest will put a dent in the drug market in the city.

“This definitely is going to be a major arrest and it’s going to have a huge impact of the amount of methamphetamine that is available on the streets, so hopefully through that we can reach those who are in need and help them out with their addiction.”

Schneider faces several drug-related charges and he was held for a bail hearing scheduled for Thursday.