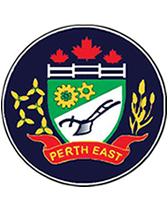 (Photo supplied by www.pertheast.ca).
A 76-year-old Perth East man faces numerous charges after police say he was driving dangerously.
Around 4:30 p.m. June 2nd, officers from the Perth County OPP Sebringville detachment say they responded to a report of a male driving his pickup dangerously while two females were riding horses on a rural property.
Police say they investigated the situation thoroughly and arrested the man on Monday.
He faces charges including Mischief, Dangerous Operation of a motor vehicle and Criminal Harassment.
Police say the man was held in custody for a bail hearing in Stratford yesterday (Tuesday).