Update: Three people sent to hospital after fire in Stratford 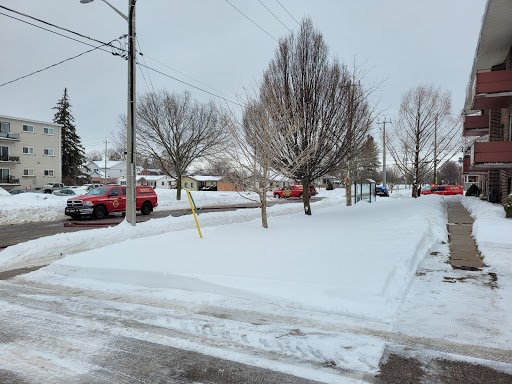 Stratford Police say they are assisting the Ontario Fire Marshall’s Office in the investigation into a house fire in Stratford.

Police say four people were inside the home on Borden Street when the fire started on Tuesday morning.

All four were able to escape from the home before emergency crews arrived and three of the four individuals were transported to Stratford General Hospital for nonlife threatening injuries.

A joint investigation between the Stratford Police Service and the Ontario Fire Marshall’s Office is currently underway to determine the cause of the fire.

We’re learning more details about a house fire in Stratford.

Stratford Fire Chief John Paradis tells MyStratfordNow.com three people from the home on Borden Street were sent to hospital to be assessed.

He says crews were called out to the home on Tuesday and when they arrived the found the right hand side of the semi-detached home fully involved with flames slowly spreading to the left side of the attached home.

Paradis says the fire was quickly brought under control.

The Ontario Fire Marshall’s Office has been contacted and will be investigating to determine the cause of the blaze.

A damage estimate has yet to be released.

Emergency crews are currently at the scene of a house fire in Stratford.

Police tell MyStratfordNow.com the fire is at a home on Borden Street.

You’re being asked to avoid the area of Borden Street between Bruce Street and Norfolk Street.

Stratford Police are currently on scene assisting with traffic control. 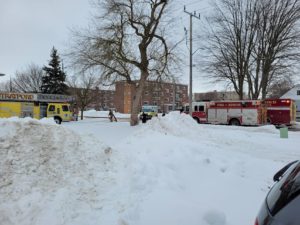 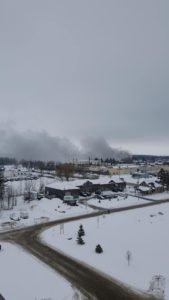