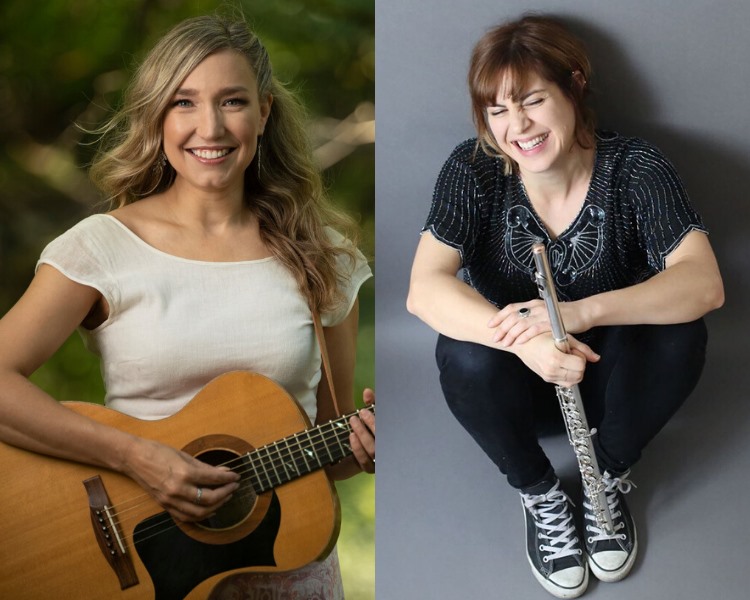 Juno nominated artist Dayna Manning exemplifies the very best that Canadian Folk music can be. Her cool clear voice along with her insightful songs represent a history of Canadian musical art that goes back to the early ’60s and sounds just as vital today. A modern renaissance artist, Dayna self-produced the last three of the seven records she has released, including her most recent album, “Morning Light” (2019) which features chamber-folk arrangments by Stratford Festival alumnus Ben Bolt-Martin for violin, cello, flute, and French horn. Her first book, “Many Moons: A Songwriter’s Memoir” was released by Blue Moon Publishers in 2019. Through cross Canada tales spanning almost three decades, “Many Moons” chronicles Dayna’s unique collaborations with the likes of Burton Cummings, Spirit of the West, Col. Chris Hadfield, inventor William Lishman, and even the RCAF Snowbirds demonstration team.

Appearing on the Naxos label and award-winning soundtracks, Laura Chambers is an in-demand performer, teacher, and studio musician. She is also a founding member of Charm of Finches, Canada’s only professional quintet.
Ms. Chambers has been featured as a concerto soloist, orchestral player, and chamber musician across North America. She is principal flute of the London Symphonia and an active member of the GTA freelance scene. Laura has had the pleasure of performing with many groups, including the Niagara Symphony, the National Ballet of Canada, the Kingston Symphony, and the Aradia Ensemble. Her playing can be heard on the 2018 JUNO-nominated and Billboard-topping soundtrack for the video game Cuphead and Dayna Manning’s recent release, Morning Light (2019).
Passionate about getting outside, Laura enjoys camping, hiking, and music-making in the wild. Most recently, she was involved in an epic performance of Stravinsky’s The Rite of Spring in the deserts of Nevada and the new opera No One’s Safe by Nicole Lizée in the mountains of Banff.
In addition to maintaining a busy performance schedule, Laura is pursuing her PhD at York University with a research focus on the recontextualization and sustainability of Western Art Music in today’s world.

The Music Barge will launch from the Boathouse located at 30 York Street Lower Level. The Barge will slowly cruise along the south side of the Avon River towards the Festival Theatre, turning around in front of Lower Queen’s Park and returning on the north side of the river for a performance time of one hour. We invite you to walk or bike around the river to follow the music or bring your own lawn chair to Tom Patterson Island or along the banks of the Avon. There are numerous picnic tables set up in our parks system and we encourage you to support our local restaurants by purchasing a take-out picnic to add to this experience.

The event is finished.