UPDATED: No One Hurt in Structure Fire on Frederick Street

Stratford Fire Chief John Paradis says no one was hurt in today’s fire at an auto service station on Frederick Street.

He says workers at the building tried to put the fire out with extinguishers and got out in time when that didn’t work.

Paradis is thanking Perth County EMS, Stratford Police and fire crews for their quick work in keeping everyone out of harm’s way.

The estimated damages could be in the range of $500,000 to the local garage, which Paradis says will warrant an investigation from the Fire Marshal’s office.

He says crews are still working to make sure the area is safe before wrapping up operations.

More photos from the scene: 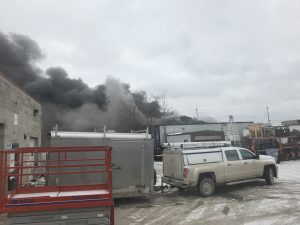 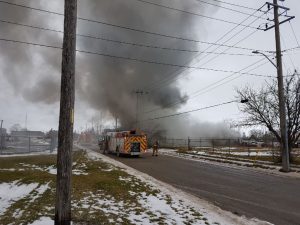 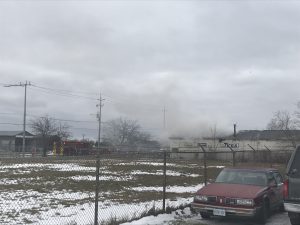 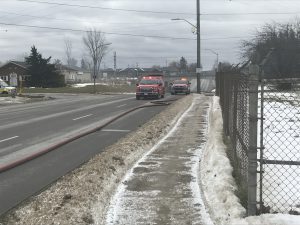 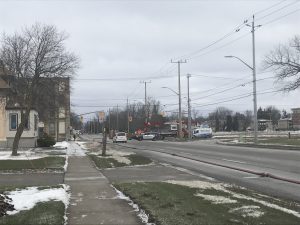 Romeo Street has been re-opened, Frederick remains closed as police and fire crews are still working at the scene.

Crews are still working in the area of the structure fire on Frederick Street near the corner of Romeo, with the blaze appearing to be under control.

The Stratford Fire Department has not yet confirmed whether or not anyone was hurt in the fire which broke out just before noon.

Romeo Street is now closed from Douro Street to Norfolk Street and drivers are being asked to avoid the area.

First responders continue to work at the scene.

Drivers are being asked to avoid the area of Romeo Street between Douro and Lorne Avenue as firefighters are tackling a blaze which has broken out on Frederick Street.

First responders are on the scene and drivers are being asked to stay out of the right lane of Romeo Street heading south as crews have attached hoses to hydrants there.

The Stratford Fire Department is still working in the area.

No word yet on if anyone has been hurt.