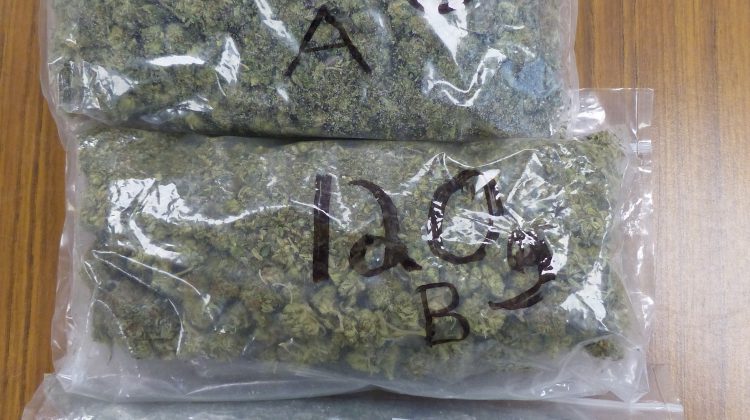 Large amount of drugs and cash seized after police raid three houses in Stratford area. Photo supplied by Stratford Police.
A large amount of drugs and cash have been seized after police conducted raids in Stratford, Mitchell and Huron County.
The Stratford Police Street Crime Unit and the Ontario Provincial Police Community Street Crime Unit Huron, Perth, Grey, Bruce Teams with the assistance of the West Region Emergency Response Unit executed three search warrants on Monday.
They say large amounts of cocaine, marijuana, hash, mushrooms and other marijuana edibles were seized and drug packaging, scales and drug paraphernalia were located in three houses and they also found and seized over $40 thousand in Canadian cash.
According to police, over 11 thousand grams of marijuana bud, 252 grams of cocaine, 31 grams of mushrooms, 27 grams of shattar and 900 grams of hash and a small amount of MDMA was seized.
The combined street value of the seized controlled substances is $155 thousand.
Police laid 39 charges against five people, two from Stratford, as a result of the three month investigation and they have been released from custody and are scheduled to appear in Provincial Court.