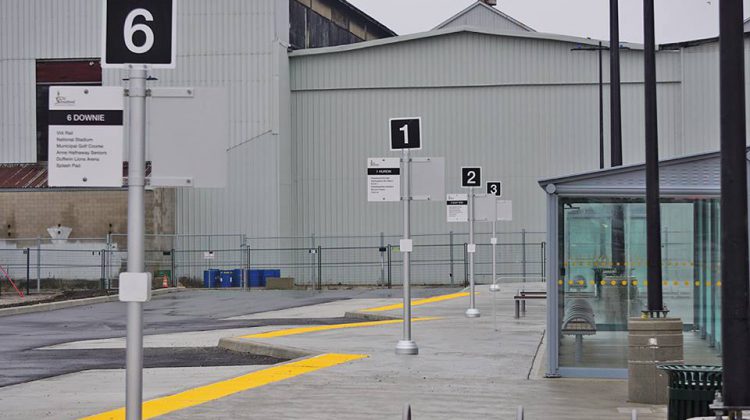 They say the new transit terminal on Downie Street will be open for operations beginning Saturday.

The eight-bay terminal features two accessible shelters, which are both heated.

Each bus bay is also clearly marked with a sign that features the route name and number, as well as popular stops along that route.

The existing washroom facility at the temporary terminal will remain open to the public until construction of the new washrooms is completed in Spring 2019.