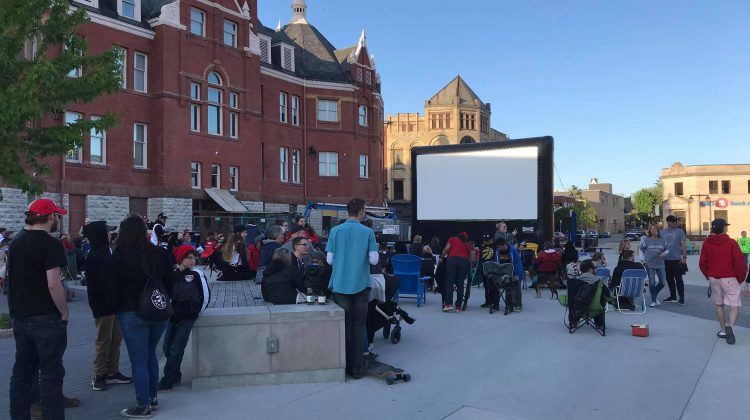 Stratford will have its own Jurassic Park for the NBA Finals. (Steve Bain, MyStratfordNow.com Staff)

Message from the City of Stratford:

“With rain and strong winds in the forecast again for Thursday, we are moving Jurassic Park Stratford inside to the City Hall auditorium.

Come out and watch Game 6 between the Raptors and the Golden State Warriors on the big screen.

As before, the event is free to attend, and admission to the auditorium’s main floor and balcony will be on a first-come, first-served basis.”

It’s another chance for Canadian sports history to be made.

Leading the NBA Finals three games to two over the Golden State Warriors, the Toronto Raptors could become the first team from north of the border to win the championship with a victory in game 6 in California Thursday night.

It’s expected to be another packed night at Stratford’s Jurassic Park, in Market Square, with many coming out to watch the game on the big screen set up.

Just a reminder, the event is free to attend and you can bring drinks and food but alcohol is not permitted in the viewing area.