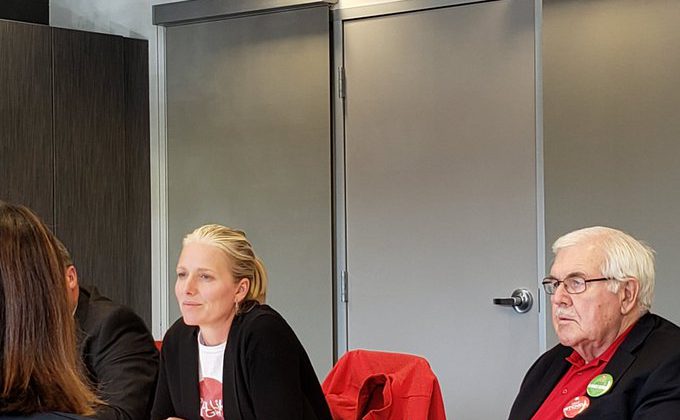 The Grand Trunk Community Hub and what it will look like in the future.

That was the topic of a meeting held at the University of Waterloo Stratford Campus Thursday afternoon featuring Catherine McKenna, the Minister of the Environment and Climate Change under the past Liberal government, Perth-Wellington federal Liberal candidate Pirie Mitchell and dignitaries from Stratford including Mayor Dan Mathieson.

Mathieson lead a conversation which included the plans, financials and environmental aspects of the future plans of the community hub which is the site of the old Canadian National Railway shops in the downtown core.

The Grand Trunk Community Hub is expected to include a new YMCA, a University of Waterloo Student Life Centre, expanded childcare facilities, youth facilities, and accommodations for an active and growing senior’s population.

Officials say that a centrepiece of the development is the potential for the adaptive reuse of the century-old Grand Trunk rail repair facility with a number of environmentally sustainable features included in the master plan.

McKenna says the plans are in line with what cities should be focusing on.

McKenna took note of the presentation and said she will revisit the plans after Election Day on October 21st.