Police: No injuries after collision involving a school bus in Listowel 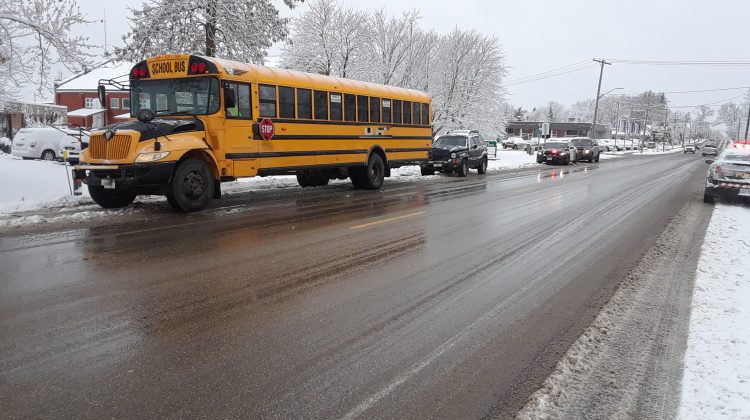 Police say four students who were on a school bus involved in a collision in Listowel weren’t hurt.

They say the collision happened Thursday morning in the town.

A driver of an SUV involved in the crash has been charged with Careless Driving.

If convicted, police say they will face a penalty including a $490 fine.