Police reminding drivers that if they see snow, they should go slow 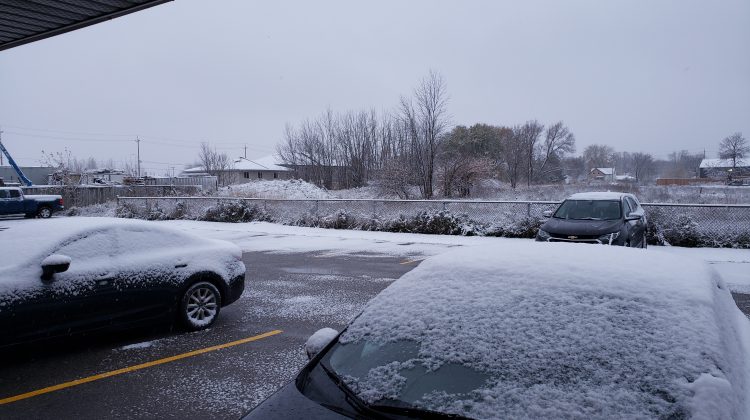 If you see snow, go slow.

That message from the West Region Ontario Provincial Police who say they responded to 74 collisions in the area between 6 a.m. and 2 p.m. Thursday with the first taste of winter appearing to have caught drivers off guard.

With more snow expected to fall Friday, it doesn’t appear that conditions will be getting much better.

Stratford Police Constable Darren Fischer says it’s important to make sure your vehicle is ready to go before you hit the roads.

“If that white stuff falling from the sky is obstructing your view from being able to see out of your car properly, it is a fineable offence.”

The flurries are expected to come to an end around midnight with mainly cloudy skies then taking over.