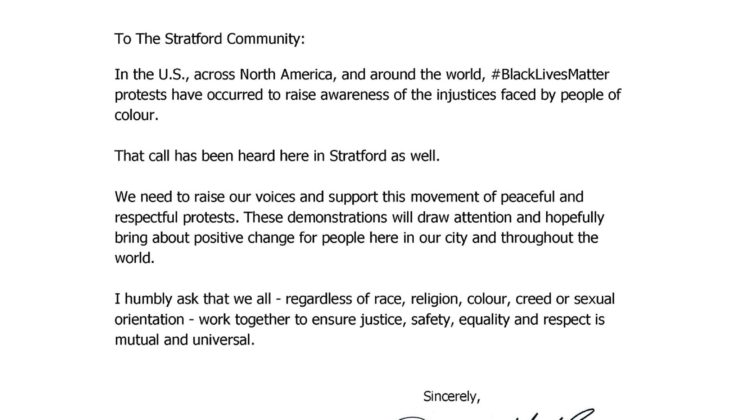 In a letter to the Stratford community released Tuesday afternoon, Mathieson says “in the U.S., across North America, and around the world, Black Lives Matter protests have occurred to raise awareness of the injustices faced by people of colour.”

He says “the call has been heard in Stratford as well” and he says the demonstrations taking place will “draw attention and hopefully bring about positive change for people here in our city and throughout the world.”

Mathieson finishes the letter by asking that we all, “regardless of race, religion, colour, creed or sexual orientation” work together to ensure “justice, safety, equality and respect is mutual and universal.”

Pet of The Week: Chip