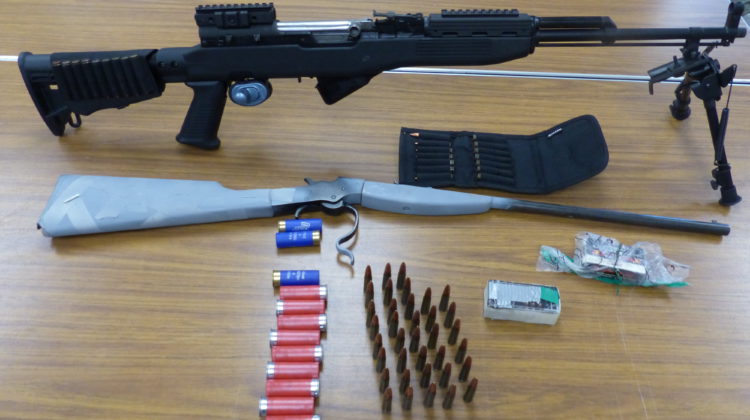 Items seized in seizure in Stratford on Wednesday. (Photo supplied by SPS).

Twenty-two firearms-related charges have been laid against a Stratford resident following a seizure in the city.

Stratford Police says their Emergency Response Unit, along with their Street Crime Unit, carried out a Search Warrant at a home on Stratford Street on Wednesday.

SPS says the search warrant resulted in the seizure of two firearms, a large amount of ammunition, a compound bow plus arrows, as well as a crossbow plus arrows.

The seized firearms included an SKS Rifle, and a .22 Savage long rifle.

Police say their investigation lead to a 38-year-old Stratford resident being arrested during a high-risk vehicle stop on Wellington Street shortly after 4:30 in the afternoon.

They were transported to Stratford Police Headquarters where charges were laid.

The investigation continues and police say further charges may be laid.