Ontario speeding up return-to-play for 18 leagues 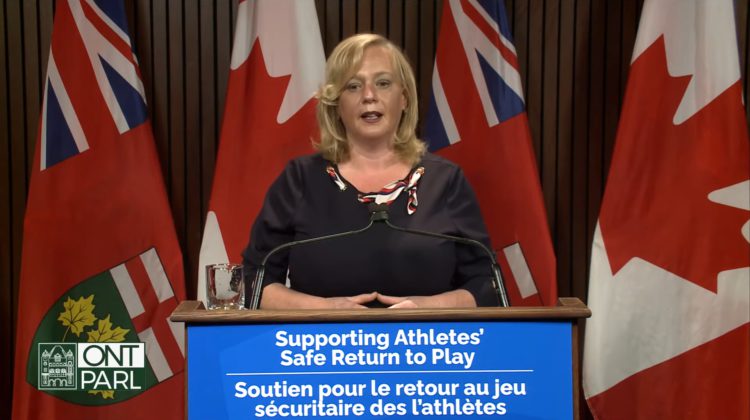 Today(Monday), Ontario rolled out an accelerated return-to-play framework for professional and elite-amateur sports leagues and events.

The new path announced by the Heritage, Sport and Tourism Minister, Lisa Macleod affects 18 leagues in six different sports as well as International and single sports for professional and elite amateur athletes.

“Effectively it would allow our CFL, NBA and Major League Baseball teams all to provide us with proposals with key features of the framework laid out which we believe they can meet that was based on, in part, the NHL and AHL return to play,” she said.

Those features would include private screening and testing, assigned cohorts with limited or no interaction between different cohorts, as well as practice, training and competition protocols.

This new pathway does not affect the broader return to play for amateur and recreational sport, which is still on track to resume in small and careful steps throughout summer.

The province will also allow for international sports event exemptions that would permit events like the National Bank Tennis Open to return.

Macleod finished by saying the key features of this framework would require local support from the local Chief Medical Officer of Health.