Teen faces weapon and drug charges after being arrested in Stratford

A 16-year-old faces weapons and drug charges after he was arrested in Stratford.

Police say an officer saw the teen on Princess Street around 8:30 Tuesday morning and knew he was wanted on an outstanding warrant in London.

The officer arrested the suspect and police say he was searched and a large variety of drugs and a 12 gauge sawed off shotgun was discovered in a duffle bag he was carrying.

He now faces 14 different charges including possessing a weapon for a dangerous purpose.

He’s scheduled to appear in court on Friday. 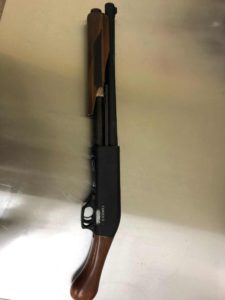