Perth-Wellington provincial candidates square off in forum in Stratford 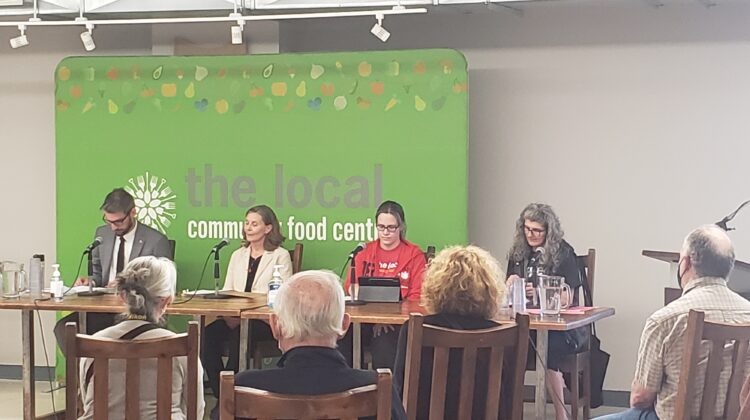 The candidates in the Ontario election in Perth-Wellington continue to make their way down the campaign trail.

In front of a crowd of around 40 people at the Local Community Food Centre in Stratford, the contenders took six questions on issues including affordability, agriculture, and Indigenous relations.

Another issue that came up was protecting the agricultural land in our riding from urban sprawl and other types of development.

Burbach says land-use planning is really important to protect our agricultural space and she added that her party would encourage development within current urban boundaries.

Fox countered that the Liberals would work with municipalities and get more feedback from them when developing land policies.

Bisutti replied that the Green Party would reward farmers for their stewardship and improve income stabilization programs for farmers.

Rae says one size doesn’t fit all when it comes to land use and the PC Party would work together with their municipal partners.

On affordability, Bisutti says we need to build people-centered communities and she says her party would introduce a basic income for everyone so no one gets left behind.

Burbach called affordability the prime issue of the election and said regulating gas prices and raising the minimum wage to $20 an hour over four years are two ways to help address it.

Rae says his party will cut the gas and fuel tax on July 1st, if they win the election.

Another debate, hosted by the Stratford and District Chamber of Commerce, is taking place May 25th at the Best Western Arden Park Hotel in Stratford.