Passed away peacefully surrounded by her loving family on Sunday, August 7, 2022, at Stratford general hospital. Lee was born in Listowel, Ontario 72 years ago, and was the daughter of the late Wallace and Marguerite (Ash) Small.

Predeceased by her parents, her father-in-law and mother-in-law Herbert and Jane Brown, nephews, Travis Brown and Jim Prince and by brother-in-law Tom Prince.

Lee was a member of Burns Presbyterian Church and was actively involved in the Women’s Auxiliary with the Army and Navy Club. She spent many years as a Beaver Leader, and enjoyed crafting, woodworking and beading. Lee was a huge sports enthusiast and enjoyed cheering on the Toronto Maple Leaf’s, Blue Jays and a good game of curling. John and Lee could often be found on many local golf courses enjoying the game together.

As expressions of sympathy, donations would be accepted to Heart & stroke Foundation, Canadian Cancer Society or the Lymphoma Society and can be done through the funeral home. 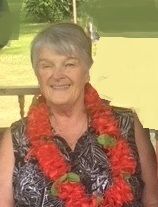 Mayoral candidates square off in debate in Stratford

Mayoral candidates square off in debate in Stratford

First customers hooked up to natural gas in Brunner