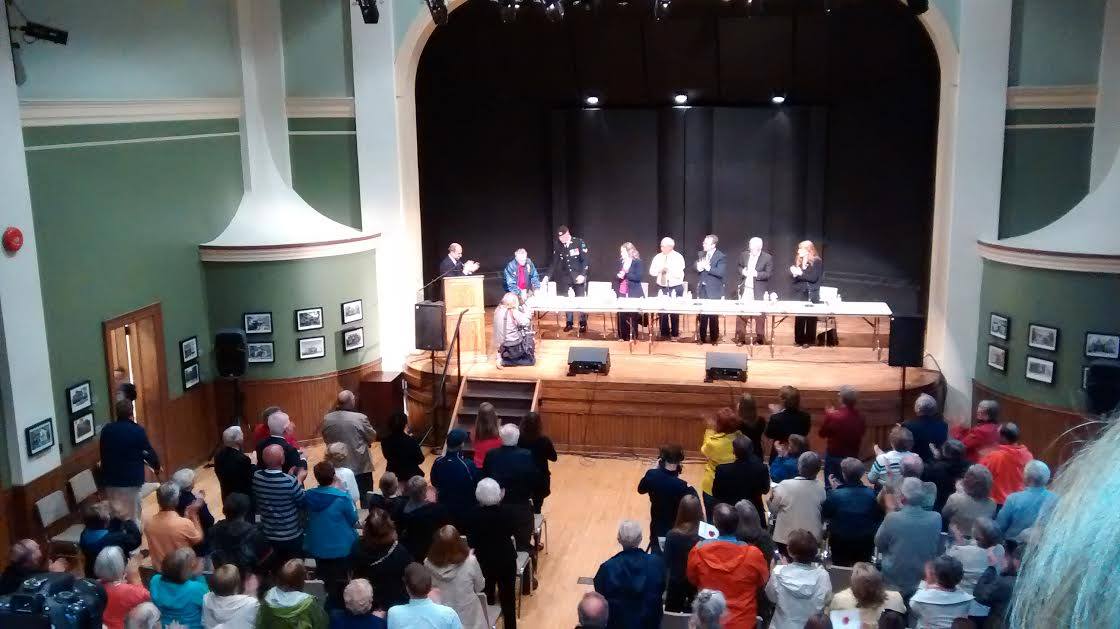 The issue at hand was the Rick Boon controversy.  When his father, Second World War Veteran Art Boon, arrived people stood and clapped.

An Avon Maitland District School board decision to deny his son, Rick, unpaid leave caused widespread criticism.  Rick had intended to accompany his father to 70th anniversary ceremonies in the Netherlands commemorating that nation’s liberation from the Nazis.

Instead Art will be accompanied by his grandson.  The Boons leave for the Netherlands Friday night.