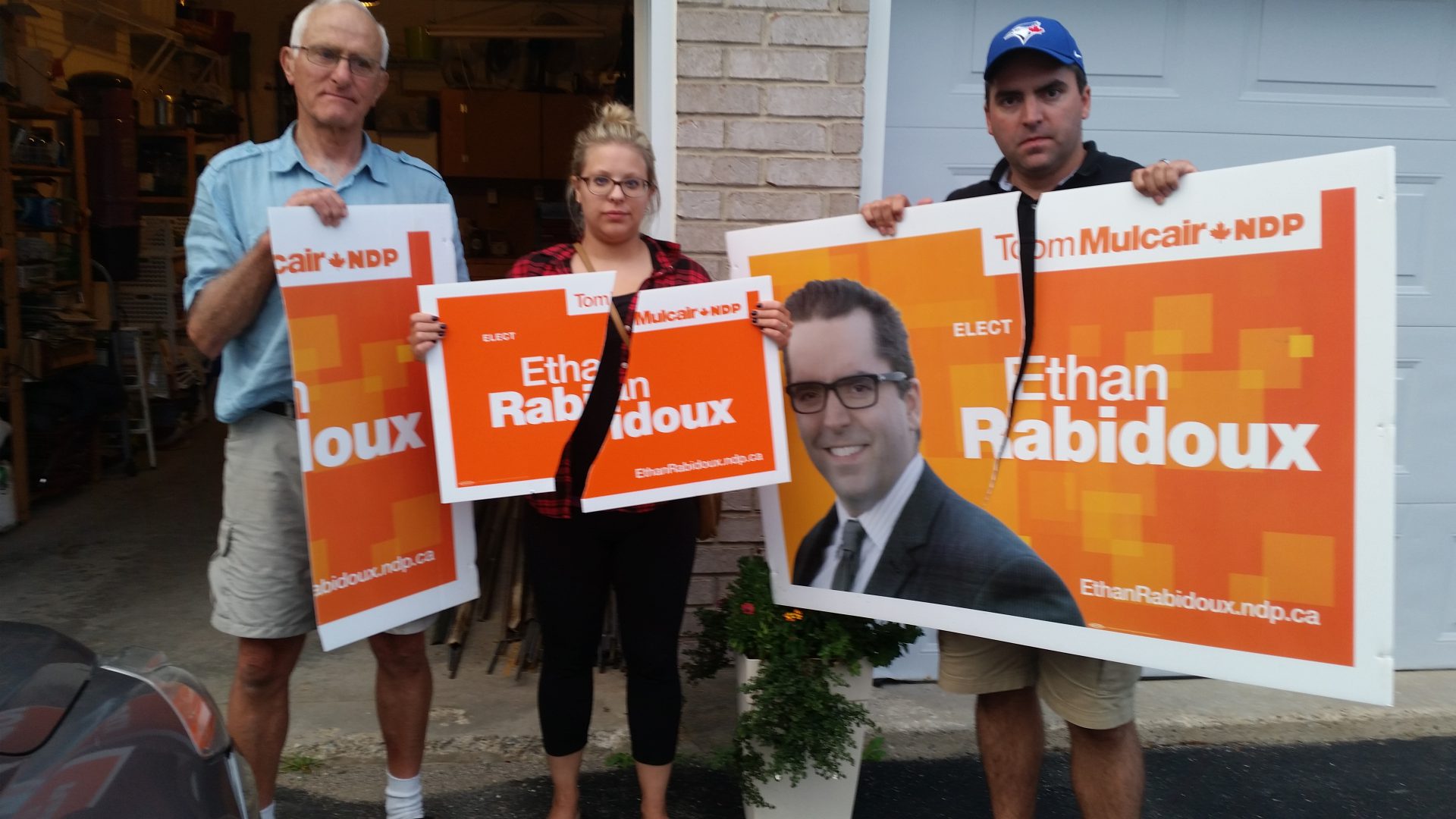 It seems as though campaign lawn signs are being targeted in Stratford, especially the NDP signs.

Perth-Wellington NDP candidate Ethan Rabidoux says over the weekend dozens of their signs were vandalized or stolen.  They appear to have been slashed with a sharp knife.

Rabidoux calls the vandalism a violation of Canadian principles:

He says they’re seeing more than the usual amount of sign vandalism:

Stephen McCotter’s office says they’ve gotten two calls about a number of their signs being stolen and vandalized in the Norman and St. Vincent area.  McCotter is the Liberal candidate in this riding.  Conservative candidate John Nater says they’re in the “same boat” and have gotten calls about a few signs that have been stolen, vandalized and even run over.

The consequences for being convicted of damaging or stealing signs can be significant, including jail time, if it’s found to be politically motivated.

If you see anyone damaging or stealing any campaign signs you’re encouraged to call the police immediately.