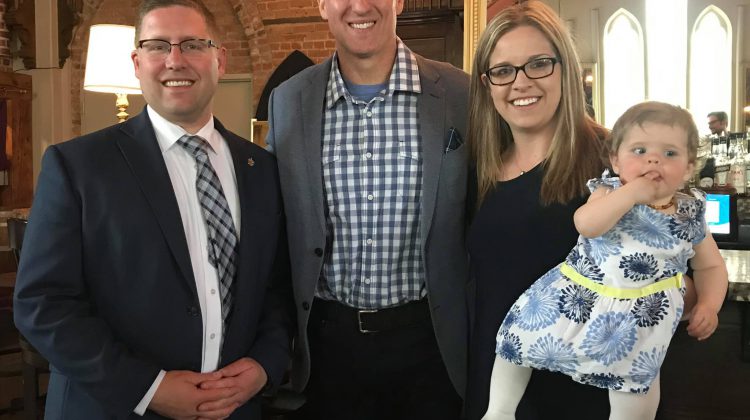 While the federal election may not be until October, the campaigning has already started.

Candidates won’t be able to officially enter the race until the writ is dropped, but that didn’t stop many Conservative Party supporters from coming out to an event on Saturday at the Revival House in Stratford put on by Perth-Wellington MP John Nater, who has announced he will seek to keep his spot in parliament, and the Perth-Wellington Conservative Association.

The event featured former Attorney General and Minister of Justice as well as Minister of Foreign Affairs Peter Mackay, who spoke on current events in Canada.

Mackay, who served in parliament for over 18 years, says he thinks his former party has a great chance of being in power after the election.

“It should be and it will be policy driven and Andrew Scheer is somebody who has a lot of good ideas that he wants to bring to Canada and he’s somebody that is young and energetic, family oriented, he has five kids and like John Nater he’s somebody who cares deeply about his community and his country.”

The Green Party has announced that Dr. Collan Simmons will be their candidate in Perth-Wellington while Ken Metzger is the candidate for the People’s Party of Canada.