A special visitor is leaving a mark on the area after dropping in.

Stanley Cup Champion Ryan O’Reilly and his family were in Seaforth Thursday morning for a special parade and then he made his way to Goderich Thursday afternoon for a parade around Courthouse Square.

O’Reilly is from Huron County and was a part of the Stanley Cup-winning St.Louis Blues.

It was his first NHL championship and he also won the Conn Smythe Trophy for the most valuable player in the NHL playoffs. 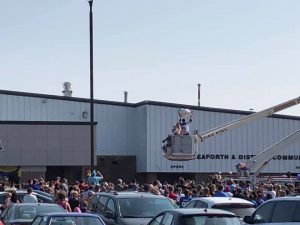 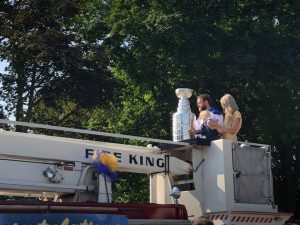