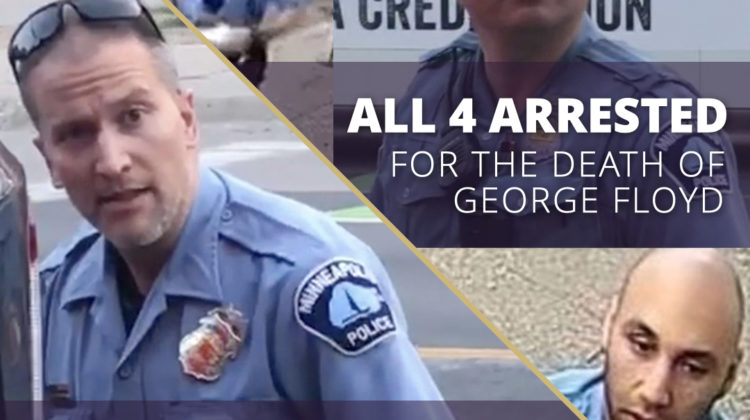 The Minnesota Attorney General has announced elevated charges for a former Minneapolis police officer accused in the death of George Floyd.  Keith Ellison says the evidence against Derek Chauvin supports the stronger charge of second-degree murder.

Chauvin knelt on the back of Floyd while he pleaded for air and the new complaint filed for the elevated charge says that action was a “substantial causal factor” in his death.

Ellison, the Attorney General, and lead prosecutor in the case also announced that arrest warrants have been issued for the other three officers for aiding and abetting second-degree murder.

Ellison thanked the public for their patience in giving the prosecution and investigators time to review evidence but also warned the investigation is still ongoing and it will “take months” for the case to be resolved.  He also warned they will not be able to say a lot publicly about the case and again asked for the public’s patience.

In a tweet, the lawyer for George Floyd’s family, Benjamin Crump, says the family calls this a bittersweet moment but is thankful the Attorney General took decisive action by elevating the charge against Chauvin and charging the other officers. The death of Floyd has sparked eight days of protests, some peaceful others violent across North America and globally.

FAMILY’S REACTION: This is a bittersweet moment. We are deeply gratified that @AGEllison took decisive action, arresting & charging ALL the officers involved in #GeorgeFloyd‘s death & upgrading the charge against Derek Chauvin to felony second-degree murder. #JusticeForGeorge pic.twitter.com/jTfXFHpsYl