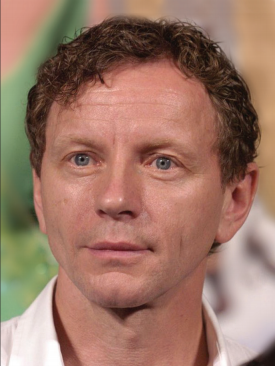 The family of Brent Christopher Carver is heartbroken to share news of his passing on Tuesday, August 4th, 2020 in his hometown – Cranbrook, BC, his birthplace and favourite spot on Earth.

Brent was predeceased by his parents, Lois and Ken Carver; sister, Sherry Laurie; and brothers, Danny Carver and Archie Carver.

From the time he was a toddler who sang before he spoke, Brent was certain that his future was to be a performer.

He fulfilled that destiny through the amazing attributes he’d been gifted with; natural talent, discipline, hard work, and the ability to lift people from their ordinary lives, if only for

hours at a time, to an ethereal plane he wove from his voice and soul.

It was evident to all observers, from admirers in his hometown to patrons of international stages, that Brent was blessed with the talent to be a world-class performer.

His love of singing and theatre took him from humble, smalltown beginnings, to New York’s Broadway and London’s West End, but he always came home to Canada, spending years performing in Stratford, Toronto, Edmonton, Vancouver and many other cities.

Shy and soft-spoken, he came alive when his foot hit the stage, and he swept his audiences into his vision, delighting theatre-goers for decades through film, TV, stage and concert performance.

He was unique and brilliant, and he burned as brightly as any star in the cosmos.

Brent lead an adventurous life and roamed afar, but he never forgot where he came from.

He was once quoted as saying “I’m a homing pigeon, an exotic bird seeking home”.

When he couldn’t be with us, he did everything possible to include us in his journey.

When we travelled to see his latest show, he could count on exchanging excited hugs with siblings, aunts, uncles, nieces and nephews and many more in the lobby.

We shared late night meals and drinks after his concerts; he’d tour us around whichever city he was in; and he brought home a special Blue Jays jacket for Grandpa after singing the national anthem at the world series the year they won.

As much as he was a part of us, we were a part of him.

Thank you to the performing arts community for embracing our Brent and making the space for him to fulfill his dreams.

You brought him such joy, and our family is profoundly grateful to all of you.

We would also like to say a special thank you for all the social media tributes and messages.

We encourage everyone to read some of the beautiful comments posted on-line, and we want those who shared their memories of Brent to know how deeply we appreciate

and cherish each word.

Brent made many incredible friends over the years.

His dear friends, Derrick, Sally, Janice, Nora and Laura, as well as countless others, were family to him too.

We treasure the remembrances his friends so kindly shared with us, and are so grateful that Brent had such special people in his life.

Another love in Brent’s life were his pets.

He never let travelling get in the way of making a home for his four legged companions, Tess, Amber, Licorice I and II.

He was home to them and did everything to make their life only bliss.

Brent’s family would like to express their sincere gratitude to all those who generously supported them during this heartbreaking time.

Food, flowers, messages of sympathy; so many gestures that showed you too loved and will miss Brent.

A beautiful “Celebration” of Brent’s life was held on Monday, August 10th, 2020 at the Cranbrook Community Theatre Stage Door to honour this kind, gentle and gifted man.

Those wishing to make a memorial donation in Brent’s honour can do so to the Actors Fund of Canada, https://afchelps.ca/ or the Lincoln County Humane Society, https://
lchs.ca/help/.