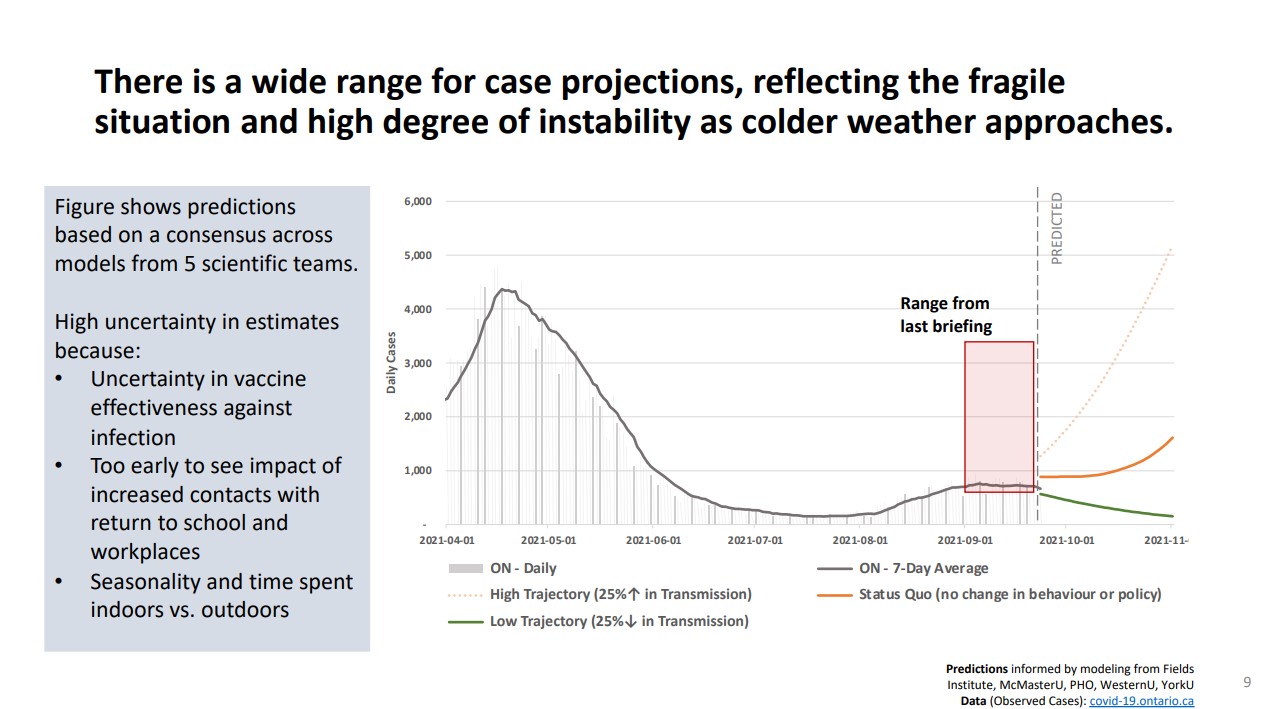 That’s according to new modelling released Tuesday by the province’s Science Advisory Table.

Officials say even though testing has gone up after schools started, test positivity appears to be declining.

However, the data shows cases in children are on the rise despite no to little change in Ontario’s daily case count, hospitalizations and ICU occupancy for several weeks.

The table calls the province’s current situation fragile, with short-range case predictions ranging from 300 to over 5,000 daily cases by November.

The high degree of instability, the table says, is because of the colder weather approaching forcing people to spend more time indoors.

In the long-term, the table is predicting a rapid increase in ICU occupancy, especially younger Ontarians, but says the impact can be softened with a cautious approach and early contact reductions.

According to the table’s new modelling data released Tuesday, about one in ten people who got COVID-19 will continue to have symptoms lasting three months or more, that’s somewhere between 57 to 78 thousand Ontarians based on data up to August.

Officials say the most common symptoms of the condition are fatigue, shortness of breath, pain, anxiety and depression, trouble thinking or concentrating.

However, the table does say vaccines are strongly protective against the chance of you getting infected by about 85 percent and the chance of developing long COVID-19 in breakthrough infections by about half.