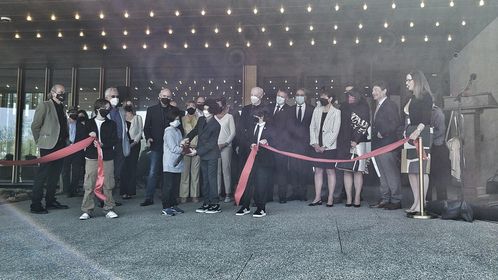 It’s showtime at the new Tom Patterson Theatre in Stratford.

After being delayed for two years because of the COVID-19 pandemic, the ribbon on the $70-million theatre was officially cut Tuesday afternoon with dignitaries and the public on hand.

It was cut by the child actors featured in this year’s production of Richard III as well as veteran actor Colm Feore who stars in the production.

“An absolutely stunning building with remarkable possibilities both for the theatre space but also for the public spaces.”

The event also included a fly-over, the dedication of a time capsule, and a performance by the Stratford Festival Fanfares musicians.